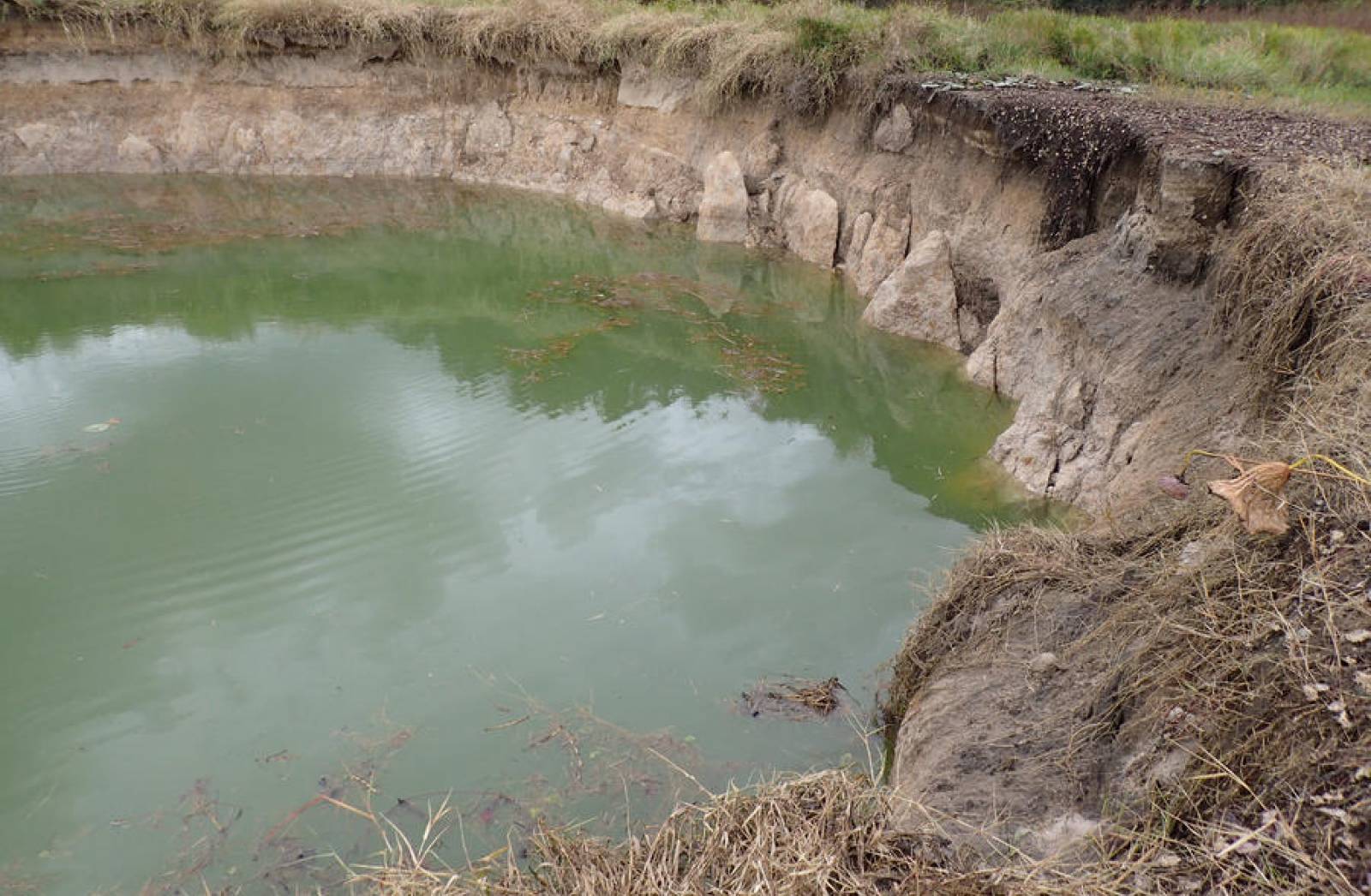 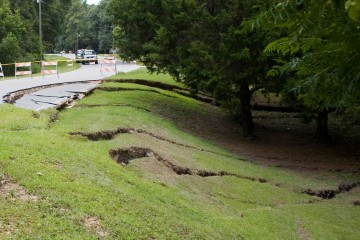 Sinkholes are a common feature of Florida's landscape. They are only one of many kinds of karst landforms, which include caves, disappearing streams, springs, and underground drainage systems, all of which occur in Florida. Karst is a generic term which refers to the characteristic terrain produced by erosional processes associated with the chemical weathering and dissolution of limestone or dolomite, the two most common carbonate rocks in Florida. Dissolution of carbonate rocks begins when they are exposed to acidic water. Most rainwater is slightly acidic and usually becomes more acidic as it moves through decaying plant debris.

Limestones in Florida are porous, allowing the acidic water to percolate through their strata, dissolving some limestone and carrying it away in solution. Over eons of time, this persistent erosional process has created extensive underground voids and drainage systems in much of the carbonate rocks throughout the state. Collapse of overlying sediments into the underground cavities produces sinkholes. When groundwater discharges from an underground drainage system, it is a spring, such as Wakulla Springs, Silver Springs, or Rainbow Springs. Sinkholes can occur in the beds of streams, sometimes taking all of the stream's flow, creating a disappearing stream. Dry caves are parts of karst drainage systems that are above the water table, such as the Florida Caverns in Marianna.

Other subterranean events can cause holes, depressions or subsidence of the land surface that may mimic sinkhole activity. These include subsurface expansive clay or organic layers which compress as water is removed,collapsed or broken sewer and drain pipes or broken septic tanks, improperly compacted soil after excavation work, and even buried trash, logs and other debris. Often a depression is not verified by a licensed professional geologist or engineer to be a true sinkhole, and the cause of subsidence is not known. Such events are called subsidence incidents. 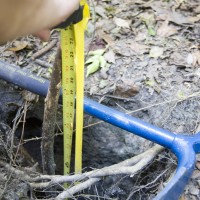 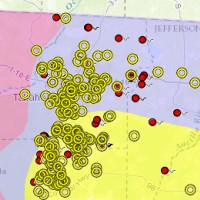 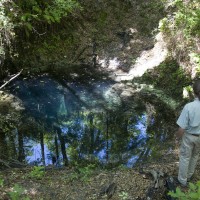 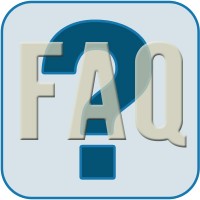