Florida is the only state in the continental United States with extensive shallow coral reef formations near its coasts. Coral reefs create specialized habitats that provide shelter, food and breeding sites for numerous plants and animals. This includes ones important to fishing like spiny lobster, snapper and grouper. Coral reefs lay the foundation of a dynamic ecosystem with tremendous biodiversity.

Florida's Coral Reef came into existence 10,000 years ago when sea levels rose following the last Ice Age. Reef growth is relatively slow; individual colonies grow only one-half inch to seven inches a year, depending on the species. Coral reefs are in a constant state of flux, where new polyps (the living tissue) grow on the outer surface while their skeleton erodes to help make the white sand for our beaches. During long periods of favorable conditions, the reefs may reach awe-inspiring heights and diversity. 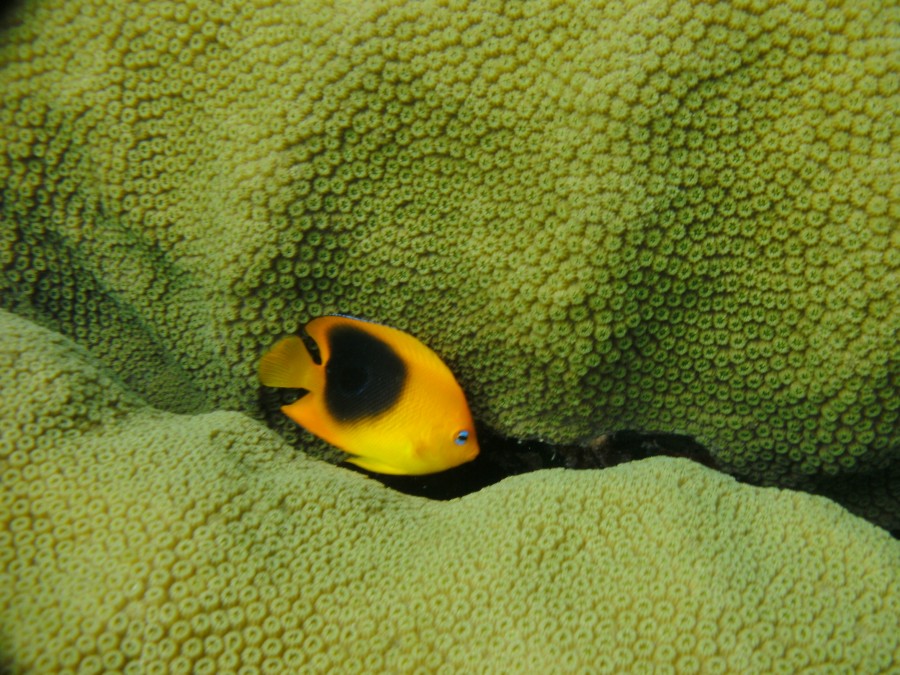 Coral reef development occurs only in areas with specific environmental characteristics: a solid structure for attachment, relatively high water temperatures, clear waters low in phosphate and nitrogen nutrients, and moderate wave action to disperse waste and bring oxygen and plankton to the reef. Most of Florida's sport fish species and many other marine animals spend significant parts (particularly during their younger development stages) of their lives on or around Florida's Coral Reef and associated ecosystems.

Types of Reefs and Corals

The three major types of coral reefs around the world are atolls, fringing reefs and barrier reefs. Florida's Coral Reef most closely resembles a barrier reef; however, the reefs are closer to shore and they lack the shallow inshore lagoons found on most barrier reefs. For this reason, Florida's Coral Reef is more aptly referred to as a barrier bank reef. Florida also has patch reefs, which grow in shallower water in between the reef and land. Patch reefs are typically small (the size of a backyard or a small home).

Corals can generally be divided into two main categories: stony corals and octocorals (sea fans, sea whips and other soft corals). More than 45 species of stony corals and 35 species of octocorals are found along Florida's Coral Reef. Each kind lives in a separate colony that is shaped differently. Marine sponges are also very important within the coral reef community, and more than 70 species can be found along the reef.

Stony corals are the major reef architects. Polyps, the living portion of corals, extract calcium from seawater and combine it with carbon dioxide to construct the elaborate limestone skeletons that form the reef backbone.

Historically, Florida's reef-building corals were brain, star and elkhorn. Brain coral is dome-shaped and has the waves, folds and ridges that resemble those of a human brain. Star coral is also dome-shaped but has a distinctive star pattern on its surface that is caused by the accordion-like folds within its polyp cups. Elkhorn and a similar coral called staghorn are so named because their branchlike projections resemble the antlers of those animals.

In recent years, corals have experienced declines due to a combination of global and local factors including high ocean temperatures resulting in more frequent coral bleaching events, coral disease, poor water quality associated with land-based sources of pollution, planned and unplanned impacts resulting in direct physical industry, and other human impacts. In 2006, elkhorn and staghorn coral were listed as threatened species under the Endangered Species Act, and then in 2014 the boulder star coral, mountainous star coral, lobed star coral, rough cactus coral and pillar coral were also added.

To help restore the health and abundance of these corals throughout the reef, coral nurseries have been established along Florida's coast and in the Florida Keys. Land-based and water nurseries have been growing new colonies for relocation to reef sites where they had once flourished.