This RAP was developed by the Tampa Bay Estuary Program (TBEP) and members of the Tampa Bay Nitrogen Management Consortium in cooperation with EPA, DEP and other Tampa Bay regional stakeholders. The initial reasonable assurance document developed by the TBEP was submitted to the department in 2002. This plan provided the foundation for reasonable assurance that the designated uses of waterbody segments within the Tampa Bay basin would be maintained or restored for nutrient attainment. The plan also provided supporting documentation for site-specific alternative chlorophyll-a thresholds that apply to bay segments and that accurately reflect conditions beyond which an imbalance of flora and fauna may occur.

As part of the adoption of the Group 1-Cycle 1 Verified List of impaired waters, on Aug. 28, 2002, the department accepted the 2002 reasonable assurance document through Secretarial Order and removed several Tampa Bay segments from the 1998 303(d) list.

In January 2008, the TBEP and the Consortium submitted the 2007 Tampa Bay reasonable assurance update to the department. In May 2008, the TBEP and Consortium were notified of the department’s continued agreement that attainment of water quality standards related to nutrients in Tampa Bay would be adequately addressed by the updated reasonable assurance plan if allocations for all nitrogen sources to the bay were developed.

In December 2010, DEP's secretary adopted by order the 2009 Reasonable Assurance Addendum: Allocation & Assessment Report, which supported the 2007 reasonable assurance update that restoration of the Tampa Bay segments would be achieved through the completed and proposed management actions, and compliance with the allocations developed in the 2009 Reasonable Assurance Addendum.

Since 2010, updates have been submitted to the department that report on the progress of the plan that continues to provide reasonable assurance that there has been reasonable progress toward attaining the designated uses of waterbody segments within the Tampa Bay basin.

The links to documents listed below are available on the Tampa Bay Estuary Program website and have been provided to the location on their website. 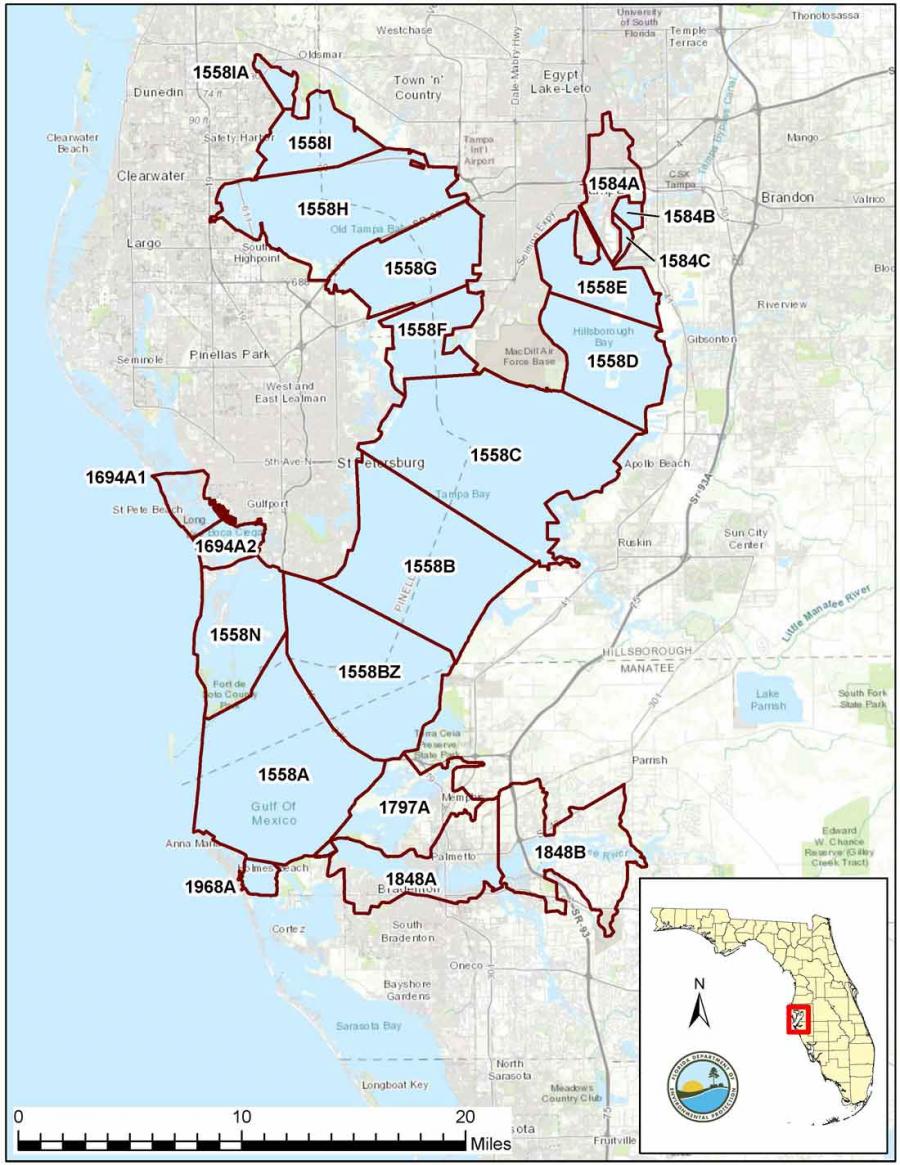