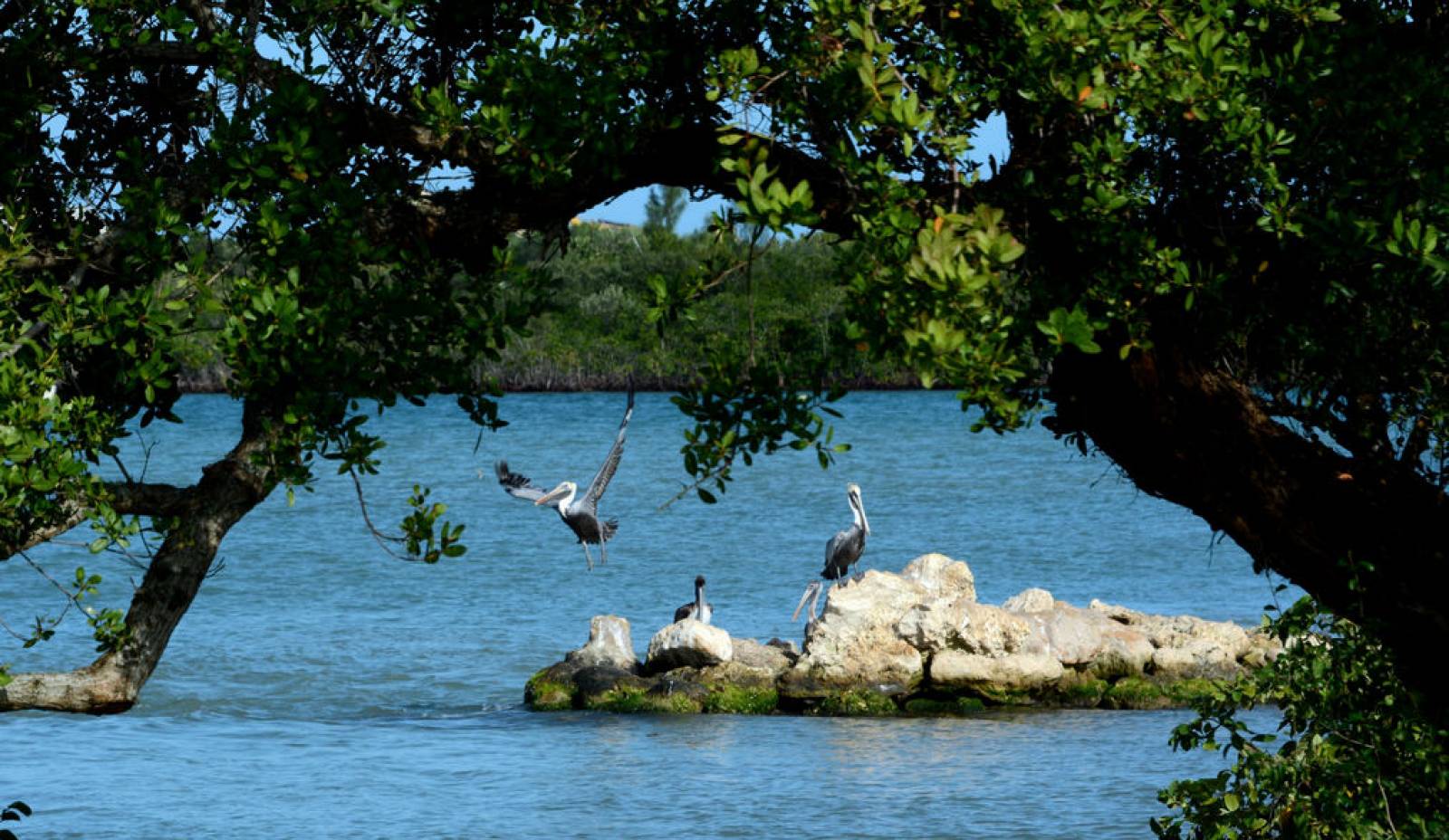 In 1855, the Trustees of the Internal Improvement Trust Fund was created as an agency of the Florida government. In 1841, the U.S. government had granted each state in the union 500,000 acres. Combined with the land received as a result of the Swamp and Overflowed Lands Act of 1850, the Trustees had more than 21 million acres under its control. Since then, Florida has worked to protect and conserve natural resources.

Florida is one of the few states in the eastern United States with large natural areas remaining. The draining of the Everglades in the 1930s began an era of rampant growth in Florida. Since the 1950s, Florida’s population has risen at an annual rate of approximately 4 percent. In the last 50 years, more than 8 million acres of forest and wetland habitats (about 24 percent of the state) have been developed.

Fortunately, Florida has a long tradition of conservation. It is the site of the nation’s first wildlife refuge, Pelican Island, and the first eastern national forest, Ocala National Forest. Over the years the state has implemented several substantial land acquisition programs to save native landscape from development, including:

As Florida’s human population grew, it became apparent that increasing demands would be placed on the state’s natural resources. As a result, former Governor Bob Martinez created a blue-ribbon commission in 1990 to evaluate the state of Florida’s environment. The commission conducted its work and issued a report that stated at the 1990 rate of development, about 3 million acres of wetlands and forests would be converted to other uses by the year 2020. The report predicted the decline of much of Florida’s freshwater aquifer recharge areas, unique ecological diversity, open space, recreation lands and many of the state’s 548 species of endangered and threatened animals and plants. The commission concluded that “the single most effective way to accomplish large-scale gains in our environmental well-being is to substantially increase the level of funding for the state’s land acquisition programs.”

According to a November 1989 Florida State University poll, 88 percent of Floridians believed state government should give more attention to the environment and 63 percent favored spending more money on the environment. In short, the commission found that there was “strong, statewide public support for an expanded land acquisition program.”

In response, former Governor Martinez proposed a $3 billion land preservation fund based upon $300 million in yearly bonded funds over 10 years. Florida lawmakers agreed with his proposal and in 1990 provided funding for the first year of bonds in the form of an increase in documentary stamp tax. Thus Preservation 2000 (P2000), the most ambitious land acquisition program in the United States, was created. P2000 established a mechanism for supplemental funding of existing land acquisition programs.

P2000 funds were distributed in the following way:

P2000 has preserved more than 1.8 million acres of conservation land throughout Florida. These lands help preserve Florida’s biological heritage and ensure that future generations will be able to experience the remaining vestiges of natural Florida. The program has been successful in saving many of Florida’s fragile environmental habitats and spawning local community conservation efforts. More than 20 local governments in Florida have matched state funds to purchase environmentally sensitive lands to fulfill their conservation needs.

The Future of Florida Forever

Florida Forever and other conservation efforts throughout Florida produce considerable economic and quality of life benefits such as:

Florida’s estuaries and offshore waters support one of the largest commercial and recreation marine fishing industries in the nation. However, it relies on undisturbed estuarine and coastal systems. Local governments have realized that acquiring land for conservation purposes saves taxpayer money. P2000 and Florida Forever also have helped save many of Florida’s beaches, rivers, bays, forests, coral reefs and estuaries that provide the foundation for our $3 billion tourism industry which attracts more than 70 million visitors each year.

The conservation lands acquired under P2000 and Florida Forever will make an enormous positive contribution to future generations living in Florida and to its natural wonders. These programs offer the opportunity to conserve and protect Florida’s biological and cultural elements for future generations to enjoy.