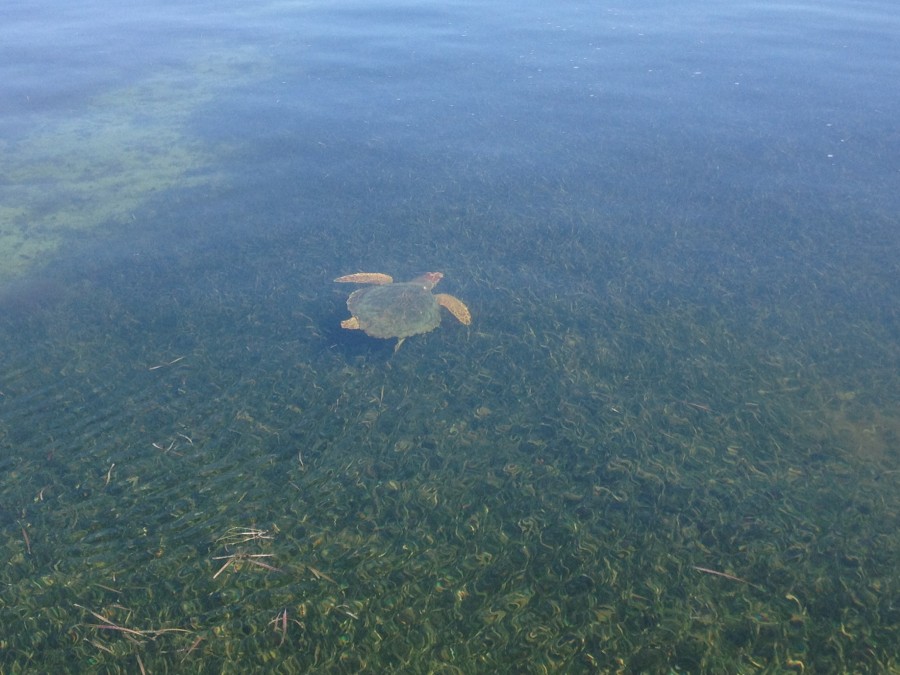 Seagrasses are grass-like flowering plants that live completely submerged in marine and estuarine waters. Although seagrasses occur throughout the coastal areas of Florida, they are most abundant in Florida Bay and from Tarpon Springs northward to Apalachee Bay in the Gulf of Mexico, which are two of the most extensive seagrass beds in continental North America.

Seagrasses occur in protected bays and lagoons and also in deeper waters along the continental shelf in the Gulf of Mexico. The depth at which seagrasses occur is limited by water clarity because most species require high levels of light.

The canopy of seagrass protects smaller marine animals, including the young of such species as drums, sea bass, snappers and grunts, from larger predators. Some animals, such as manatees, urchins, conches and sea turtles, eat seagrass blades. Other animals derive nutrition from eating algae and small animals that live upon seagrass leaves. Bottlenose dolphins and a variety of wading and diving birds also use seagrass beds as feeding grounds. Seagrass-based detritus formed by the microbial breakdown of leaves and roots is also an important food source.

Although approximately 52 species of seagrasses exist worldwide, only seven species are found in Florida's marine waters. Six of these are widespread in Florida and extend beyond its borders. 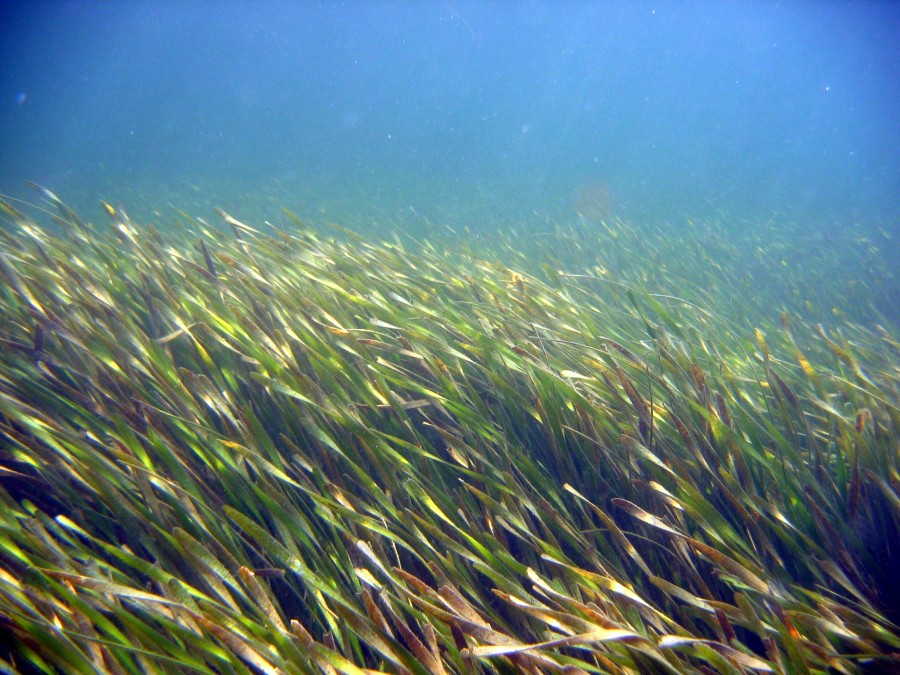 Turtle grass (Thalassia testudinum), the largest of the Florida seagrasses, has deeper root structures than any of the other seagrasses. It has large ribbon-like leaves that are 4 to 12 mm wide and 10 to 35 mm long. This seagrass is temperature limited and does not occur along the northeast Florida coast, but it forms extensive beds in Florida Bay. 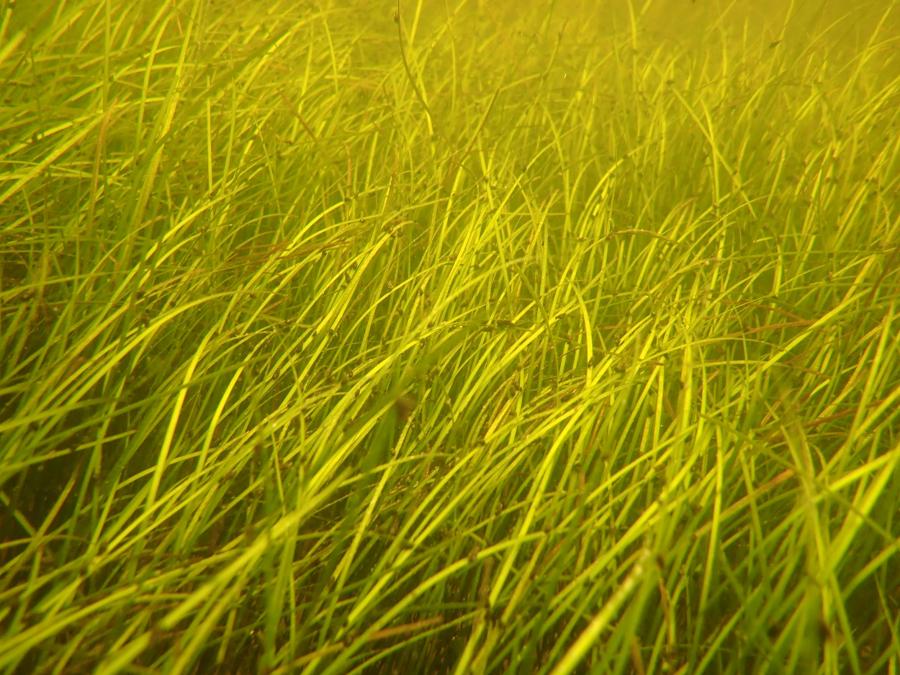 Shoal grass (Halodule wrightii) is an early colonizer of vegetated areas and usually grows in water too shallow for other species except widgeon grass. It is most common in inlets along the east coast. 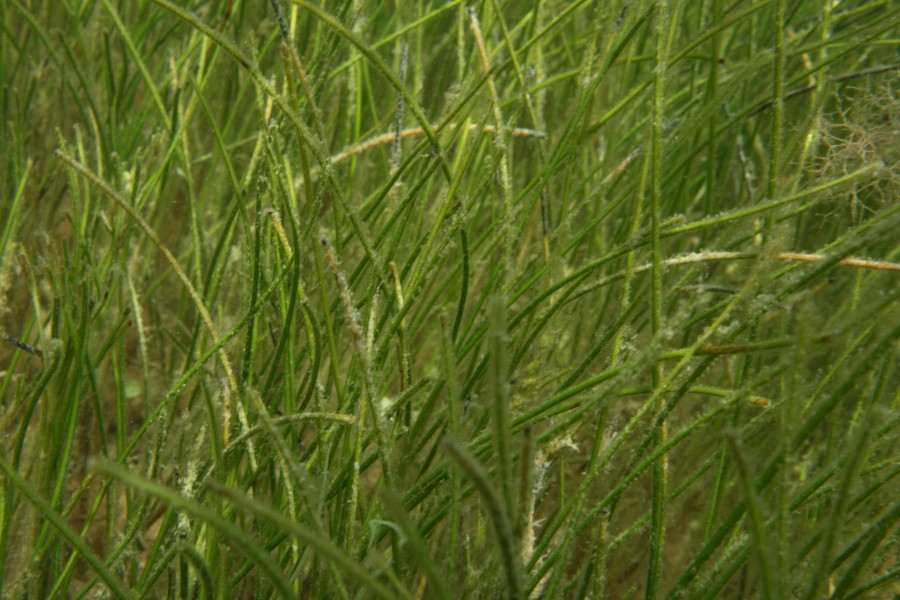 Manatee grass (Syringodium filiforme) is easily recognizable because its leaves are cylindrical instead of ribbon-like and flat like many other seagrass species. The thin leaves are up to half a meter long. The northern limit of manatee-grass is the Indian River, near Cape Canaveral. Manatee grass is usually found in mixed seagrass beds or small, dense monospecific patches.

Widgeon grass (Ruppia maritima) grows in both fresh and salt water and is widely distributed throughout Florida's estuaries in less saline areas, particularly in inlets along the Florida east coast. 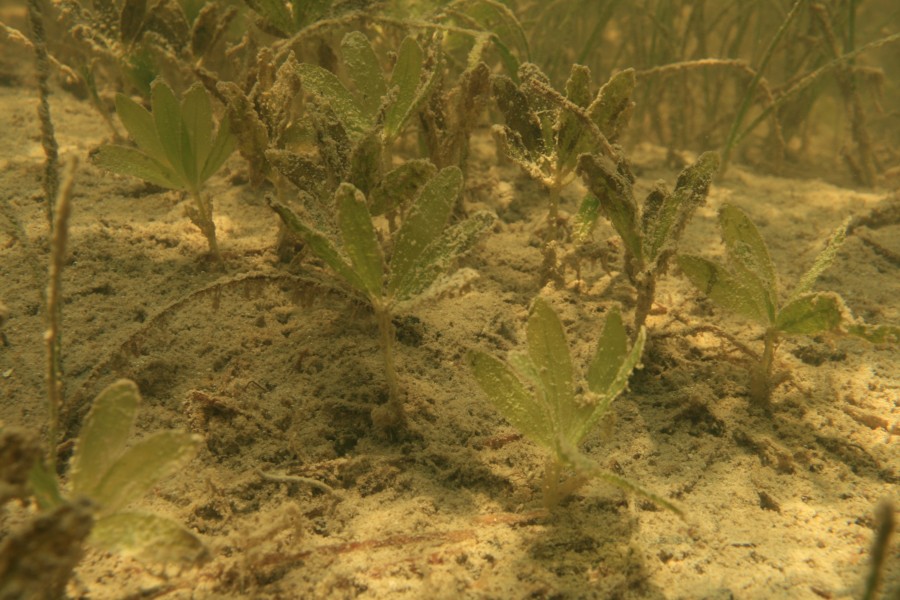 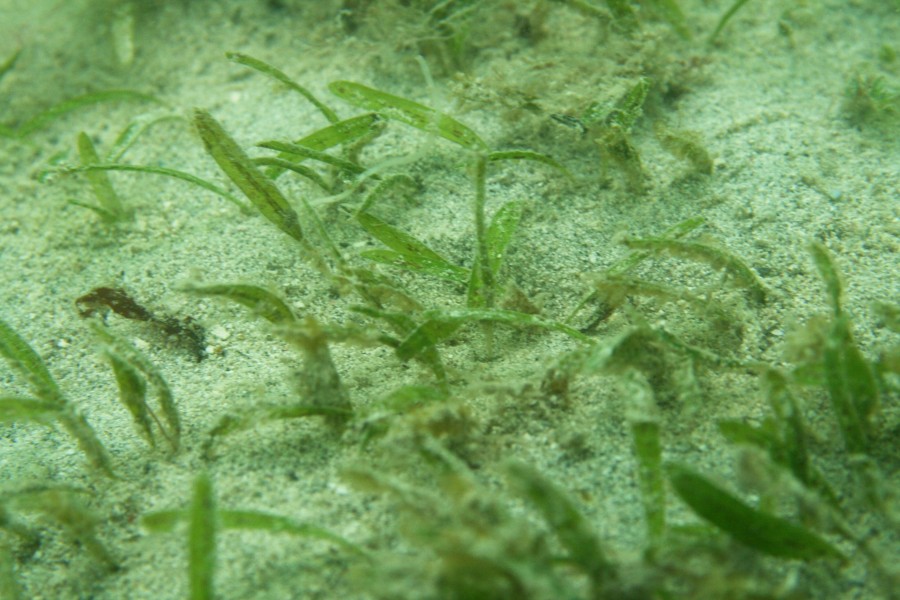