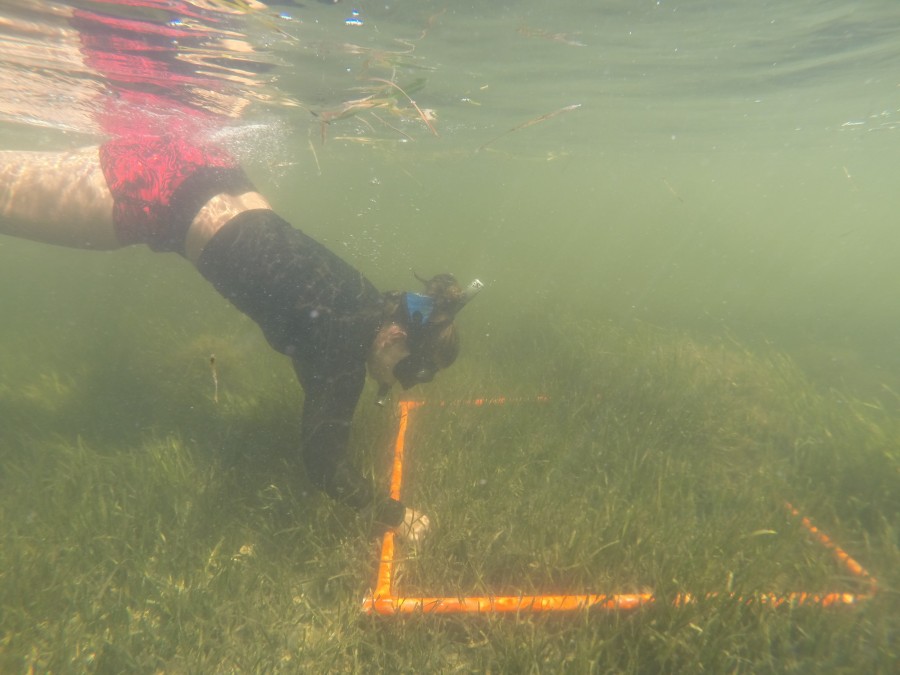 The Office of Resilience and Coastal Protection is mapping and monitoring seagrass communities in several locations around the state. Different types of remote sensing, such as drones, high resolution satellite imagery, hyperspectral imagery, or LiDAR, can be used to create baseline maps over large areas. These maps can be used to determine seagrass density, coverage, species and prop scar damage. They can also be used to determine changes in each of the above parameters from maps generated from earlier images.