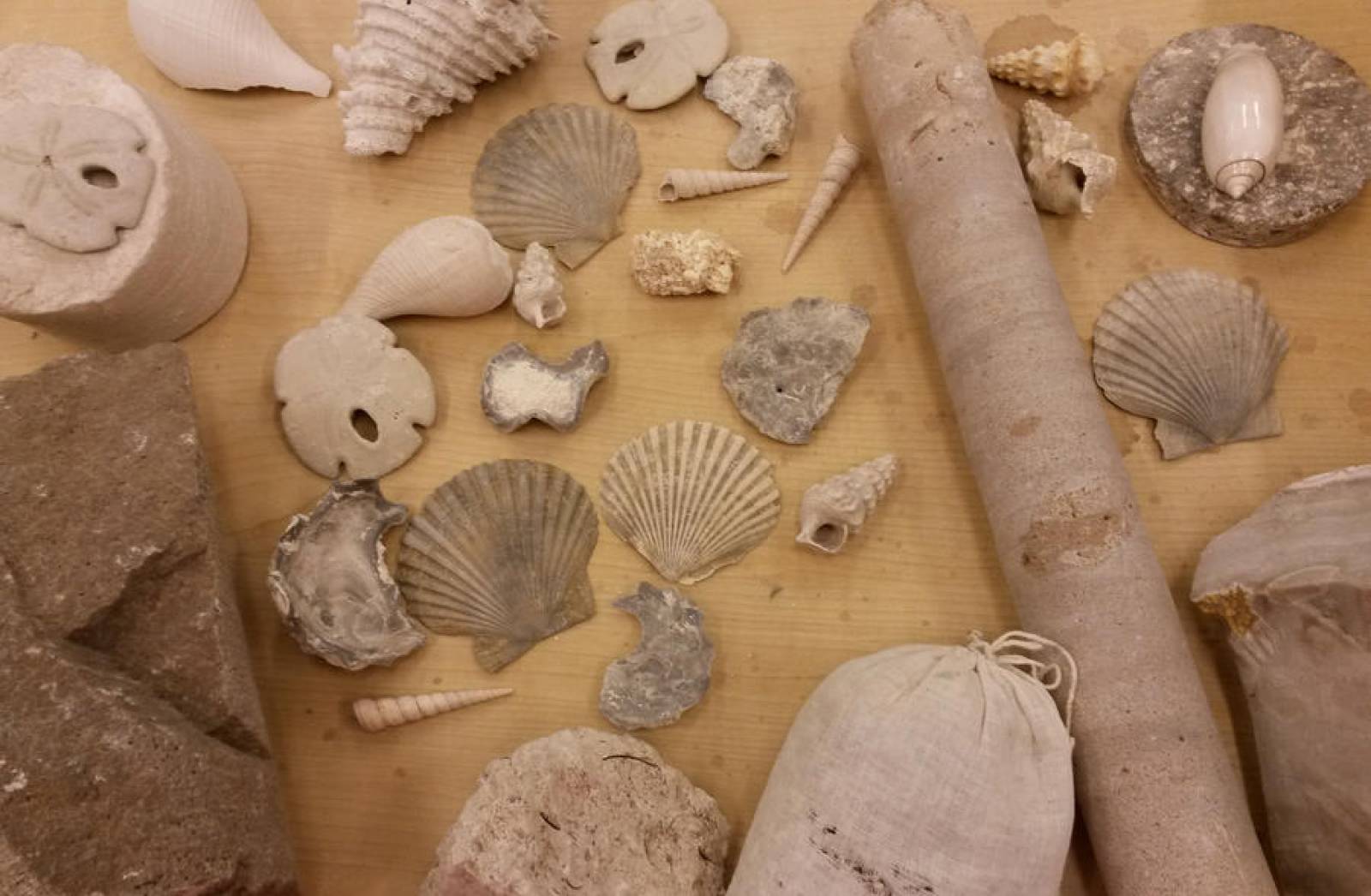 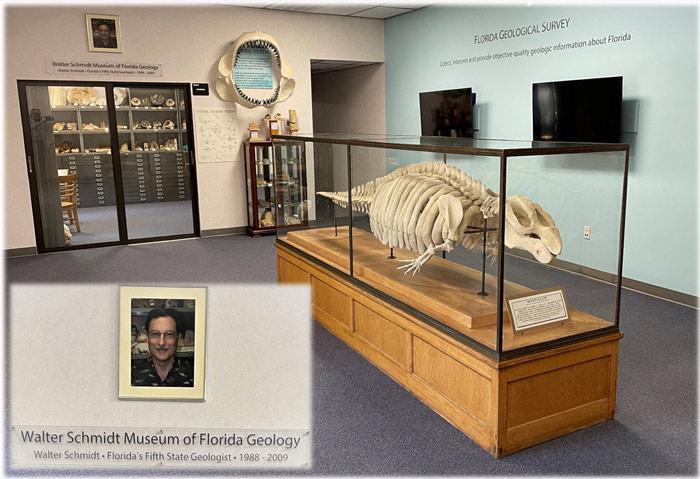 Our FGS facility has two areas dedicated to exhibits of geologic interest. Upon entering our outer museum area, you are greeted by a familiar sight: the fossil dugong skeleton that has been a focal point in the FGS museum displays for decades.  Other exhibits include two video monitors that display slideshows and videos of some of the activities conducted by the FGS as well as educational information about Florida’s geology. Along the west wall of the lobby, visitors can view fossil shark teeth, various vertebrate fossils, a full-size replica of an extinct mako shark jaw, and a fantastic display of agatized coral heads from the Withlacoochee River. The latter two exhibits are on loan from the Florida Museum of Natural History, with whom the FGS has enjoyed a long, collaborative relationship. Many thousands of specimens of vertebrate and invertebrate fossils once housed at the FGS have been transferred to the  museum, where they currently reside https://www.floridamuseum.ufl.edu/vertpaleo/professionals/collections/. 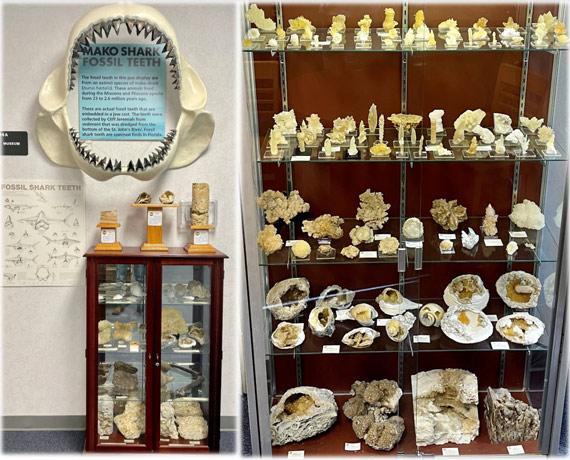 The inner museum room includes various exhibits that range from calcite specimens and speleothems (cave deposits) to fossil echinoids and petrified wood. Many of the items on display were collected by FGS staff geologists or donated by people who have worked with the FGS over the years. Specimens of note include calcite filled fossil clam shells from Okeechobee County and calcite crystal laden limestone boulders collected from Citrus County. In addition, there are representative samples from many of the geologic formations that can be found at or near the surface in Florida. 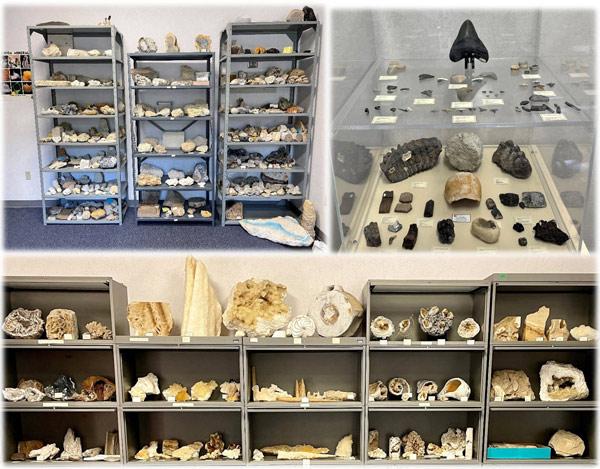 The long FGS tradition of providing publicly accessible geologic exhibits continues, and the legacy of our fifth State Geologist, Walter Schmidt, is commemorated by having the museum named in his honor.

Collection viewing by appointment only

Monday through Friday, 8 a.m. to 5 p.m. Eastern time
Offices closed for all state of Florida holidays