About the Nonmandatory Land Reclamation Program

How the Program Works

The Nonmandatory Land Reclamation Program provides funds for reclamation of property mined for phosphate prior to the 1975 introduction of regulatory requirements for reclamation. The grant program reimburses landowners for approved costs of reclamation work to improve environmental and economic utility of lands by removing safety hazards and improving water quality and quantity in affected watersheds.

Lands disturbed by removal of phosphate rock prior to July 1, 1975, have already been identified (149,130 acres) and reported in “Phosphate Land Reclamation Study Commission Report on Phosphate Mining and Reclamation, 1978.” The identified lands were divided into 748 parcels, and each parcel was classified into one of five land forms:

A total of 222 parcels were omitted from the comprehensive evaluation, according to the following reasons:

All projects have already been identified and selected, and no new applications are being accepted. This funding program will end when the last of the projects is funded and released. 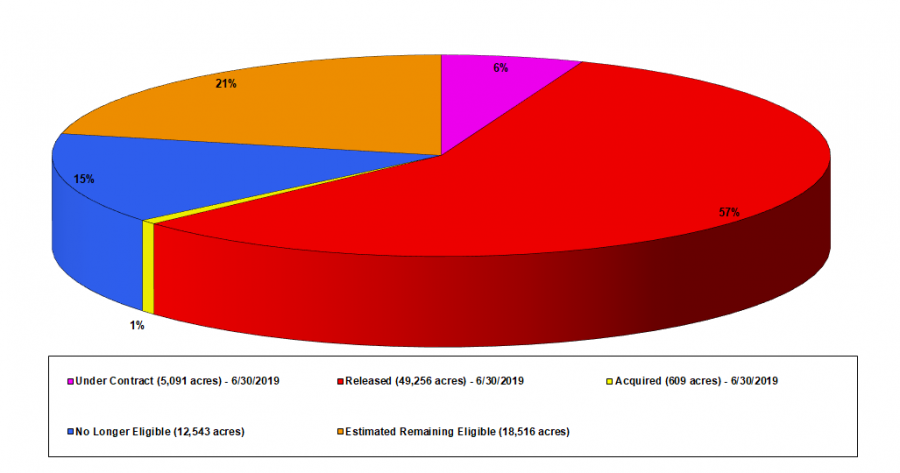 Please note: subsequent to receipt of program applications on January 1, 2015, three were funded then canceled, one was withdrawn by the applicant and numerous acres in several of the program areas were re-mined, thus becoming mandatory programs subject to the requirements in Rule 62C-17, Florida Administrative Code. Also note, when a reclamation site is funded/contracted, it is referred to as a “program.” A program may be an entire parcel, a portion of a parcel or a combination of parcels. In addition, parcel acres are based on estimated acres while program acres are based on surveyed acres.

With the exception of fiscal year 2007-2008, all funding for the Nonmandatory Land Reclamation programs has been appropriated from the Nonmandatory Land Reclamation Trust Fund. Income into that fund consists of portions of interest earned, a severance tax paid by the phosphate industry (1983 - present), a surcharge paid by the phosphate industry (2009 - 2011), and a phosphogypsum stack fee paid by chemical plants processing phosphates (2001 - 2007). In 2007-2008, the Legislature appropriated $4 million of General Revenue funds for the programs. 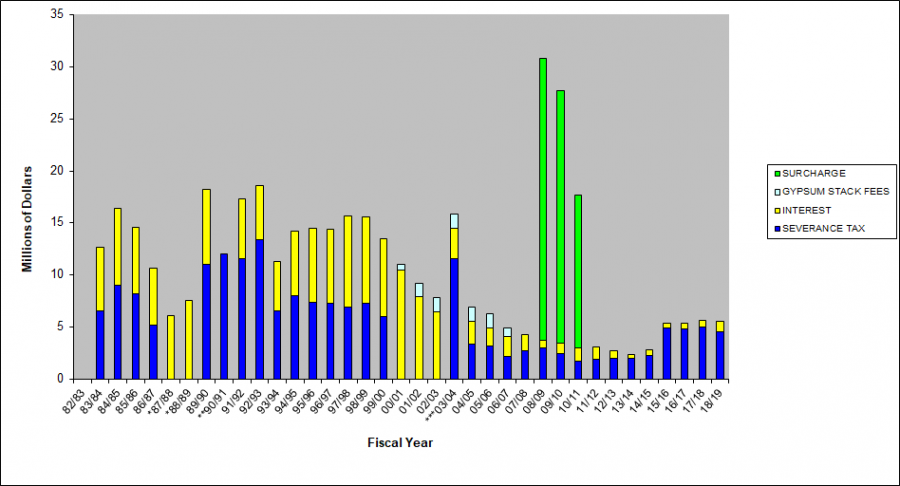 Get a combined copy of the reports listed below. Please contact program staff for for information.