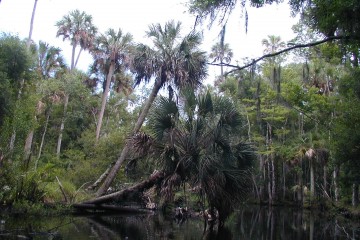 "The Tomoka Marsh Aquatic Preserve protects a lasting legacy, a magical part of old Florida, where waters from palm-lined subtropical rivers mix with vast salt marshes just back from the sea. This rich estuary serves as a nursery for so many species identified with Florida, like manatees, snook, blue crabs and wading birds. Perhaps just as important, it captures its place name from the Timucua, the last of the native tribes who lived in close relationship with these unique lands and waters. Protection of these lands did not just come about on its own but through partnerships between the state, county, conservation organizations and concerned citizens who continue to appreciate the magical sense of place which is the Tomoka." - Clay Henderson, former chair, Volusia County Council, and president emeritus, Florida Audubon Society

The Tomoka Marsh Aquatic Preserve is an estuarine system comprised of five distinct areas that includes portions of the Halifax River, Smith Creek, Bulow Creek, the Tomoka River and the Tomoka Basin. The threatened West Indian manatee is a summer resident of the area, traveling in the Halifax and Tomoka rivers.

Approximately 7 miles of the Halifax River, north from the southern boundary of Ormond-by-the-Sea, is designated as the aquatic preserve. The Halifax is a long, wide, shallow estuarine lagoon bounded on the west by the Florida mainland and on the east by a barrier island. The estuary is created by the mixing of saltwater from the Atlantic Ocean, introduced through the Matanzas inlet to the north and the Ponce de León Inlet to the south, with freshwater from the Tomoka River, Bulow Creek and the upper Halifax River drainage basin.

The Halifax River is part of the Atlantic Intracoastal Waterway, which is 125 feet wide and dredged to a depth of 12 feet.

Smith Creek is a shallow, estuarine creek with numerous oyster beds. Portions of the creek's natural channel were dredged to accommodate the Intracoastal Waterway. The remaining natural channel is primarily salt marsh, interspersed with small islands, both natural and created. 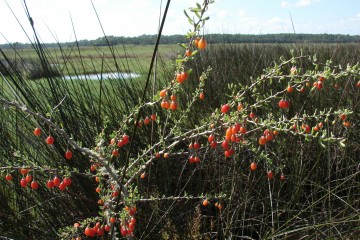 Bulow Creek is a shallow, meandering waterway bordered by marsh and floodplain hardwood trees. From its origin in vast wetlands to the north, the creek flows south for about 4 miles, meandering to its confluence with the Halifax River. Large expanses of black needlerush border the creek.

The Tomoka Basin is about 365 acres of shallow estuarine bay, located at the confluence of the Tomoka and Halifax rivers.

Northeast coast of Florida, along the Tomoka River and portions of the Halifax River, in Flagler and Volusia counties, between the towns of Ormond Beach and Flagler Beach

There is access to Bulow Creek from a parking area off of Walter Boardman Lane and off High Bridge Road. However, the Halifax River is heavily used by boats navigating the Intracoastal Waterway. Hiking trails and a campground in Tomoka State Park border the preserve.

The Tomoka area has important archeological and historic resources. About 70 historic and prehistoric sites are located near the aquatic preserve, including the remains of Nocoroco, a Timucuan village, within Tomoka State Park and the remains of plantations at Bulow Plantation Ruins Historic State Park.