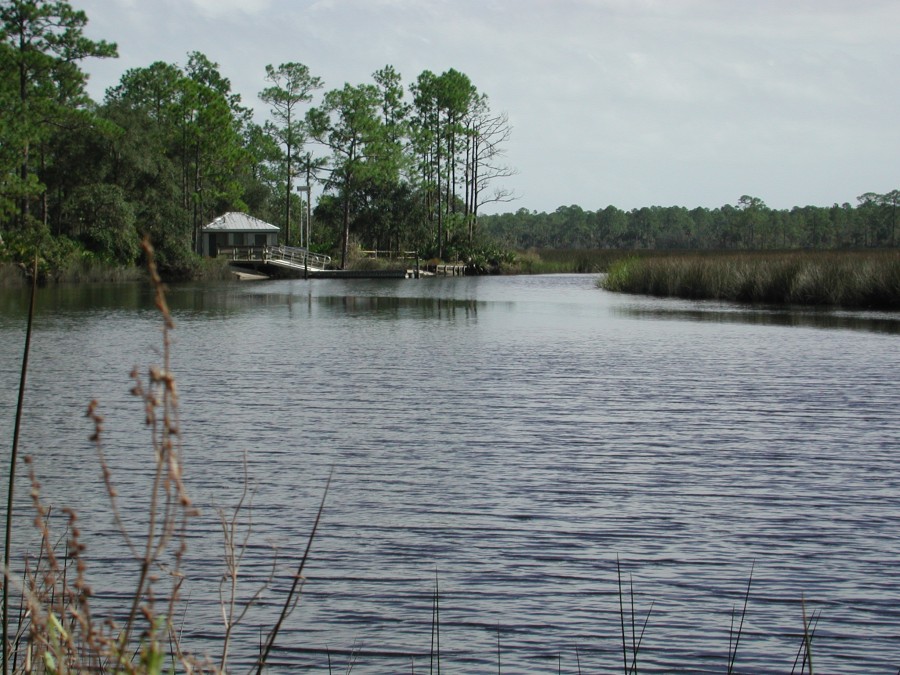 Pellicer Creek is part of the northern watershed in the Upper East Coastal Basin. The majority of the watershed in this basin is drained by relatively small creeks or branches. The Hulett, Pringle, Stevens, Dave and Schoolhouse branches all drain into the aquatic preserve from the west. Styles Creek flows south out of Pellicer Creek, near the Matanzas River.

From the Matanzas River lagoonal area, the flow of water eventually empties into the Atlantic Ocean by way of the Matanzas Inlet.

The undisturbed salt marsh is one of the most pristine estuarine/riverine systems along Florida's east coast, providing exceptional biological and aesthetic value to the state and resulting in its designation as a state paddling trail.

The long, narrow chain of barrier islands outside the aquatic preserve acts as the first line of defense for the mainland against storm surges. Inlets have formed along these islands during storms, forming temporary shallow inlets that later closed due to siltation. Human alteration of the existing inlets has allowed saline water to mix with fresh water, creating the estuarine environment that now exists.

Matanzas Inlet is the only natural uncontrolled inlet in Florida and one of the few on the east coast of the United States. 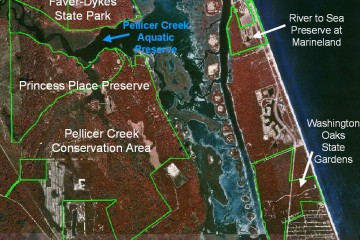 Northeast Florida has experienced a long interaction between humans and nature. The region is of special interest because of the comprehensive documentary record of human settlement and landscape modification beginning at an early date. The detailed records of the Native American, Spanish, French, British and American inhabitants indicate that these cultures adapted in very different ways. Burning, clear-cutting, plowing, dredging, filling, ditching and drainage are all evident throughout the historical record.

Major prehistoric and historic sites include: