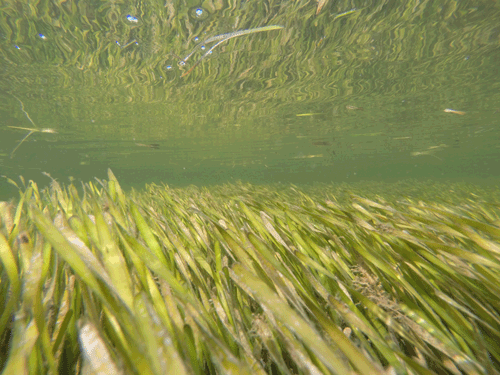 The Nature Coast Aquatic Preserve (NCAP), designated in 2020 by the Florida Legislature, is Florida’s 42nd aquatic preserve and the state’s first new aquatic preserve in 32 years. Itencompasses 800 square miles of coastal waters, including 625 miles of shoreline, along Citrus, Hernando and Pasco counties, making it the second-largest aquatic preserve in Florida.

The NCAP is bordered to the north by  Big Bend Seagrasses and St. Martins Marsh Aquatic Preserves and to the south by Pinellas County Aquatic Preserve. Combined, these four preserves protect the largest contiguous seagrass meadow in the Gulf of Mexico and the largest spring-fed seagrass habitat in the world. NCAP also includes mangrove islands, saltmarsh, sponge beds, marine springs, oyster reefs, and limestone hardbottom habitats. The karst geology and spring-fed rivers are key influences on the ecosystems and the wildlife that depends on them, including sea turtles and manatees.

For other opportunities to help preserve the NCAP, consider joining the Aquatic Preserve Society.

Establishing baseline data at the time of designation is critical in managing and protecting the NCAP. Monitoring programs aim to visit sites repeatedly over time and collect samples that define conditions in the target system (e.g., seagrass beds or oyster reefs). Since the NCAP was established, ninety water quality monitoring stations have been reestablished and will be monitored on a monthly basis. In addition, annual seagrass monitoring has been reestablished at 100 sites. The data from these and other future programs will be publicly available via the SEACAR database.

The state develops a management plan for each aquatic preserve, with input from local governments, citizens, and other stakeholders in a process that is overseen by the Florida Department of Environmental Protection. The governor and cabinet, sitting as the Board of Trustees of the Internal Improvement Trust Fund, grant final approval for the plan. The plan’s goal is to maintain the preserve’s biological, scientific, and aesthetic value for future generations to enjoy while allowing and improving access for activities such as boating and fishing, birding, kayaking and eco-tourism.

Writing a management plan for an aquatic preserve is a multi-year process. In the upcoming year, a series of stakeholder workshops will be held to develop, refine and finalize the draft management plan.

The area of the Nature Coast Aquatic Preserve has been described as a hub of trade and cultural activities by indigenous people. Shell middens, ceremonial sites, and numerous other types of historical and cultural sites have been documented on islands within the NCAP as well as adjacent inland areas with sites dating back 4,000 years.

The natural resources present within the NCAP are some of the most precious in the state. Within the preserve’s boundaries are complex ecosystems that provide critical habitat for many ecologically, commercially and recreationally important species. Key habitats include seagrass beds, salt marshes and mangrove swamps. The area also contains spring-fed waters from nearby riverways that attract large numbers of the threatened Florida manatee during the winter months when these animals seek thermal refuge in warmer waters. 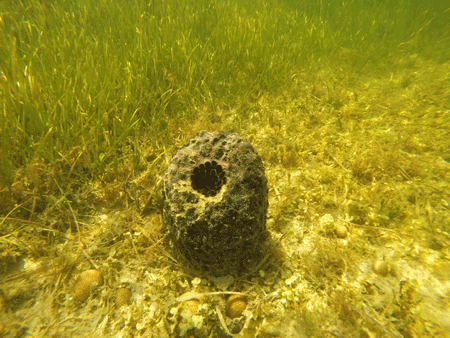 Seagrasses provide many ecosystem services, including stabilizing sediments, reducing shoreline erosion, sequestering carbon, improving water clarity, and providing habitat for ecologically and economically valuable species. Many species rely on seagrass meadows at some point in their lifecycle. For instance, green sea turtles, a threatened species, rely on seagrasses for food as they graze the shallow flats of the Gulf Coast. and bay scallops in Florida are dependent on seagrasses for successful recruitment. Both seagrass beds and salt marshes serve as nurseries for the young of many other marine species.

Salt marshes in the NCAP also serve as a transitional zone between the estuaries and the uplands, protecting uplands from saltwater intrusion, waves, and storm surges, while also protecting estuaries by trapping pollutants flowing into the waters from the land.

Mangrove swamps, including red and black mangrove species, are also prevalent in the NCAP. The fringe forest mangrove swamps of the NCAP provide an important protective barrier between storm and wave energy and the immediate coastline while also reducing the impacts of excess nutrients and other pollutants on water quality.  Mangrove swamps and islands also serve as an important nesting colonies and feeding sites for several bird species in the NCAP.