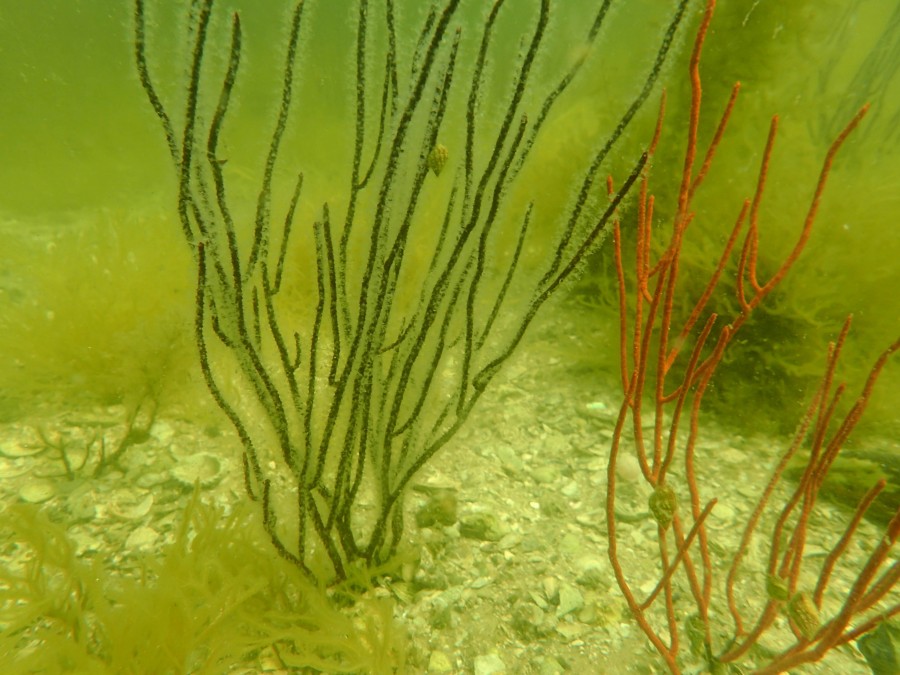 Cockroach Bay Aquatic Preserve was designated in 1976. Of the four aquatic preserves in the Tampa Bay region, it is the least developed and is in the most pristine condition. Portions of the submerged lands within the aquatic preserve are not state-owned, but leased from the Tampa Port Authority.

The aquatic preserve's proximity to major urban centers and several universities as well as research institutes allows the opportunity for many partnerships, filling in the gaps of information needed for sound resource management. When a research need is not being met, staff partners with other research programs to address the need or help them to implement their own project to gather the information.

The boat ramp at the end of Cockroach Bay Road is on county-owned property, but it serves as the primary access point for most water-related activities in the aquatic preserve.

Prehistoric habitation of the area of the aquatic preserve is evident from the pre-Columbian sites present in and near the aquatic preserve boundaries. Files from Department of State’s Division of Historical Resources indicate several sites within 164-feet (50 meters) of Cockroach Bay Aquatic Preserve’s boundary.

One site (Master Site File ID HI10237) is an historical railroad which ran across the aquatic preserve. Two upland archaeological sites are located on land presently managed by DEP’S Division of Recreation and Parks and by Hillsborough County. The one island site in the state’s master site file that is managed by the state park is the mound on Little Cockroach Key (Master Site File ID HI00038). It is mentioned here, because the statutory description of Cockroach Bay Aquatic Preserve includes state-owned islands.

Archaeological sites and historical resources are protected (Chapter 267, Florida Statutes) and are not to be disturbed unless prior permission is granted from the Department of State’s Division of Historical Resources.

Unconsolidated “soft” sediments are the predominant substrate of the aquatic preserve. Most of the invertebrates in the species list for the aquatic preserve are found in or on this substrate. Because of the diversity and biomass of unconsolidated substrate infauna and epifauna, the aquatic preserve is a high-quality foraging area for the abundant and diverse local bird and fish fauna. In high-energy areas, sand is the predominant sediment size class, but finer sediments and organic material may make up a considerable fraction of the sediment in low-energy, vegetated areas.

Infauna of the aquatic preserve’s unconsolidated sediments include a rich variety and considerable biomass of burrowing and tube-dwelling polychaete worms. Clams, ranging from smaller species like constricted macoma (Macoma constricta) to the much larger southern quahog (Mercenaria campechiensis), also are abundant, and they serve as important food for foraging epifaunal species like whelks. Relatively sessile species often make up much of the epifaunal and infaunal biomass of soft substrates. The abundance of the sand dollar (Mellita tenuis) on, or just beneath the sediment surface can be impressive. More motile epifauna, like horseshoe crabs (Limulus polyphemus) to which Cockroach Bay may owe its name, are seasonally abundant on the sediment surface.

Because many of the species associated with unconsolidated sediments are sensitive to the bulk properties (e.g., grain size, permeability, and porosity) of the substrate, factors that affect these properties pose the biggest threat to this community. Input of different sediments from shoreline development and dredging activities should be avoided through appropriate sediment best management practices. The overall condition of this natural community in Cockroach Bay Aquatic Preserve is good, but propeller scarring may destabilize sediments, and this can increase local turbidity and displace burrowers.

Consolidated substrate, also known as hardbottom, is present in Tampa Bay in the vicinity of the offshore boundary of the aquatic preserve. This low-relief substrate is in the form of relic limestone located in depths of more than two meters, and is of very low relief. Limited field observations indicate that most hardbottom acreage is located outside the aquatic preserve boundary, but is likely to also exist within the aquatic preserve. This substrate varies from large tabular limestone slabs to patchy smaller rocks. The condition of the hardbottom community appears to be good, but tannins and other natural factors influencing light penetration likely appear to limit the hardbottom species that can persist in this area of the bay.

While some algae are attached to the limestone substrate, algal beds of the type seen in Terra Ceia Aquatic Preserve to the south do not appear to be present in the hardbottom community of Cockroach Bay Aquatic Preserve. This is likely because of the combination of greater depth and reduced water clarity at the aquatic preserve. Much of the epifaunal biomass is in the form of sponges, sea squirts (ascidians), and soft corals (Leptogorgia). Interestingly, the uncommon orange and yellow color variants of the purple sea whip (Leptogorgia virgulata) are more common in this hardbottom area than they are in other areas outside the Skyway Bridge.

While Hillsborough County has put considerable effort into characterizing the hardbottom community of an artificial reef north of the aquatic preserve, a rigorous census of the biota of this natural hardbottom has not been done. This natural community is in much need of study.

Oyster reefs are relatively abundant in Cockroach Bay Aquatic Preserve, but they are primarily located toward the northern end of Little Cockroach Bay. The American oyster (Crassostrea virginica) thrives in the correct estuarine balance of saltwater and freshwater, with prolonged freshwater pulses causing them to stay closed too long and high salinities making them more susceptible to disease. This part of Tampa Bay is not approved for shellfish harvesting, and the most likely threat to oysters in the aquatic preserve is diversion of freshwater. While quantitative studies of live oysters, faunal associates and other factors are not available for these reefs, they appear to be in good condition.

Because of their multiple roles in stabilizing sediments, removing nutrients, producing oxygen and feeding and sheltering fisheries resources, seagrass beds are one of the most important communities of the aquatic preserve. Common seagrasses include shoal grass (Halodule wrightii), turtle grass (Thalassia testudinum) and manatee grass (Syringodium filiforme). Widgeon grass (Ruppia maritima) may be found in areas of the aquatic preserve with more freshwater inflow.

Stands of smooth cordgrass (Spartina alterniflora) are rare in the aquatic preserve, because mangroves typically outcompete cordgrass in areas this far south. Most salt marsh in the aquatic preserve is found along Little Manatee River, which is vegetated largely by black needlerush (Juncus roemerianus). These areas are instrumental in removing nutrients and sediment from the river water before it reaches downstream organisms like filter feeders and seagrass. The intact marshes that have not been outcompeted by mangroves appear to be in good condition.

As the climate of the Tampa Bay area has warmed over the past century or more, many areas that were historically vegetated with marsh grasses have transitioned to mangrove forests. Marshes likely persist in the Little Manatee River due to limited mangrove seedling dispersal upstream. Perhaps the biggest threat to the future persistence of these marshes is maintaining flow in the river.

Mangrove forests in the Cockroach Bay Aquatic Preserve are relatively intact. All three true mangrove species of Florida are present – red mangrove (Rhizophora mangle), black mangrove (Avicennia germinans) and white mangrove (Laguncularia racemosa), as well as buttonwood (Conocarpus erectus). While occasional freezes may not favor mangroves, such events are not seen on an annual basis, and even occasional freeze damage has not prevented mangroves from dominating the shorelines of the aquatic preserve. Mangroves almost completely exclude cordgrass in the embayments of the aquatic preserve, but marsh grasses like needlerush persist farther up the Little Manatee River.

Heading upstream on the Little Manatee River, the various estuarine natural communities gradually grade into a blackwater stream community. Submerged vegetation is sparse and the bottom is sandy. The river meanders among shoreline and island marshes which help sequester sediments and provide refuges for juvenile animals. Overall condition of this habitat is good, but impacts from shoreline erosion, boat propeller scarring and runoff of debris and other pollution may increase with anticipated development along the river.