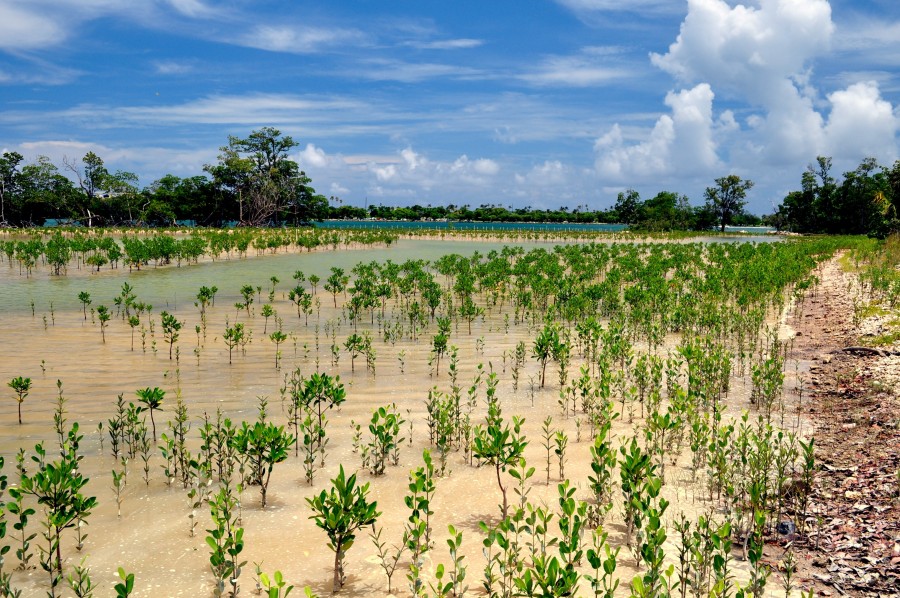 The second aquatic preserve within the Biscayne Bay area - Biscayne Bay-Cape Florida to Monroe County Line Aquatic Preserve - was established in 1975. Much of the submerged lands and islands originally included within the boundaries are now within either Biscayne National Park (BNP) or within the larger preserve, Biscayne Bay Aquatic Preserve. The original boundaries began offshore of southern Key Biscayne, extended out to the edge of Florida state waters and then went southward to the county line dividing Miami-Dade and Monroe counties. The boundary returned northward interior of Biscayne Bay along the intracoastal waterway. The preserve concluded back at southern Key Biscayne including the waters of Bill Baggs Cape Florida State Park. With the designation of Biscayne National Monument to a National Park in 1980, the Biscayne Bay-Cape Florida to Monroe County Line Aquatic Preserve lost much of its original acreage. Today, the remnant of this aquatic preserve is approximately 4,163 acres off the eastern shore of Key Biscayne.

Florida has one of the longest coastlines in the United States, with more than 75% of residents living in coastal areas. Miami-Dade County, which continues to be Florida's most populous county with 2,662,900 residents and 13.4% of Florida's population, extends the length of Biscayne Bay. Projections for Miami-Dade estimate its population to increase to 3,145,864 by 2030. Monroe County is adjacent to Card Sound and Southern Biscayne Bay and is known as a premier fishing and scuba diving destination.