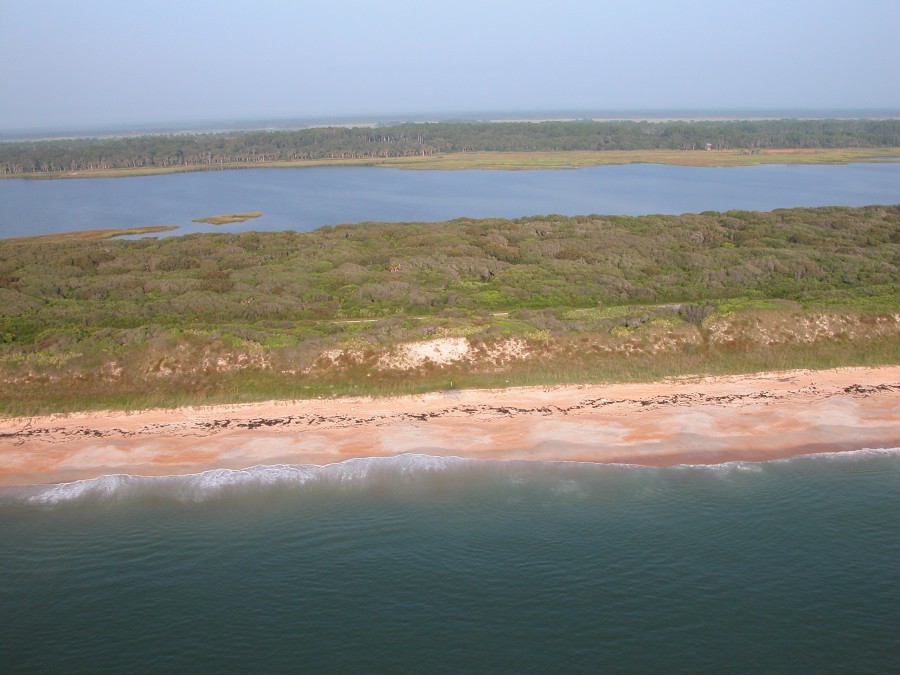 Guana River Marsh Aquatic Preserve, located within the boundaries of GTM Research Reserve, is unusual because it includes uplands. Nearly 12,000 acres of uplands were purchased by the state of Florida in 1984 because of their environmental sensitivity and to protect several species of endangered and threatened plants and animals. Approximately 9,500 acres are managed by the Florida Fish and Wildlife Conservation Commission, and 2,600 acres are managed by the Office of Resilience and Coastal Protection and house the visitor center near Guana Dam.

Guana River Marsh Aquatic Preserve has a rich association of habitats including salt marshes, a large artificial freshwater-to-brackish water lagoon, open ocean and a complete cross-section of a relatively undisturbed barrier island. This diversity provides habitat for a wide variety of resident and migratory wildlife. Bird rookeries, including a sizable breeding population of the endangered wood stork, are found within the preserve. The preserve also contains 13 miles of high-energy beach fronting the Atlantic Ocean with high dunes (35-40 feet) and stabilized with native coastal vegetation.

These beaches provide breeding and nesting habitat for sea turtles and ground-nesting shorebirds such as the threatened least tern.

The Guana River begins north of the preserve in Ponte Vedra Beach and flows south to join the Tolomato River.

In 1957, an earthen dam was constructed across the Guana River creating Guana Lake. This wetland is approximately 2,400 acres, and provides both open water and marsh habitats. This shallow lagoonal lake extends 10 miles north from the dam. The drainage basin includes approximately 7,800 acres extending from the dam 17 miles north into Jacksonville Beach. 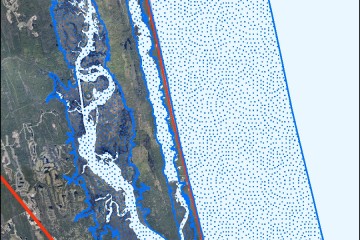 There are parking and boat launch facilities and access to both Guana Lake (Lake Ponte Vedra) and the Guana River for fishing, boating, shrimping and crabbing. The upland areas offer great opportunities for hiking, bicycling, horseback riding and birding.

The aquatic preserve also contains archaeological and historic resources such as numerous aboriginal middens, burial grounds, and artifacts of aboriginal and Spanish colonial origin. This combination of natural and cultural resources provides an outstanding example of essentially natural Florida found nowhere else in the region.