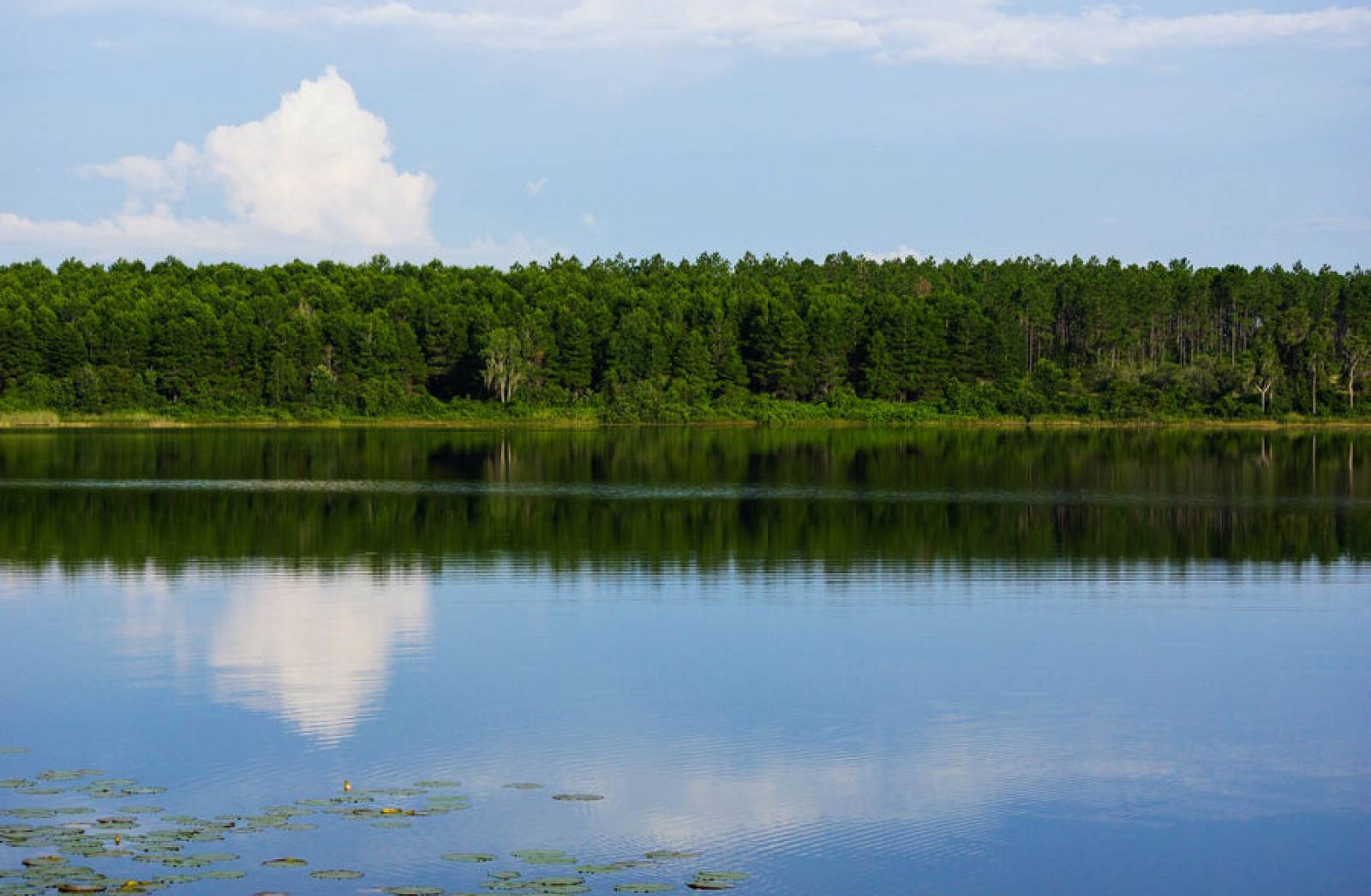 The Mining and Mitigation Program administers reclamation, environmental resource/stormwater management, and federally-delegated dredge and fill (State 404) permit programs for mining operations in Florida, including limestone, shell and dolomite mines. Reclamation standards for limestone, shell and dolomite mining are detailed in Part II of Chapter 211, Florida Statutes (F.S.), Part III of Chapter 378, F.S., and Chapter 62C-36, Florida Administrative Code (F.A.C.). An Environmental Resource Permit (ERP) is also required for limestone, shell and dolomite mining projects. Environmental Resource Permitting standards are detailed in Part IV of Chapter 373, F.S., and Chapter 62-330, F.A.C. For mining activities that involve dredging or filling in state-assumed waters, a State 404 (dredge and fill) permit would also be required.  The State 404 program is a federally-delegated program under the Clean Water Act.  Florida utilizes a joint application for ERP and 404; for more information regarding the 404 permitting program, please see the State 404 Program page, Chapter 62-331, F.A.C., and the 404 Applicant's Handbook.

Permits or authorizations from other local, state or federal agencies may also be required prior to mining.

Click for a full-page interactive map of non-phosphate mine boundaries in Florida. 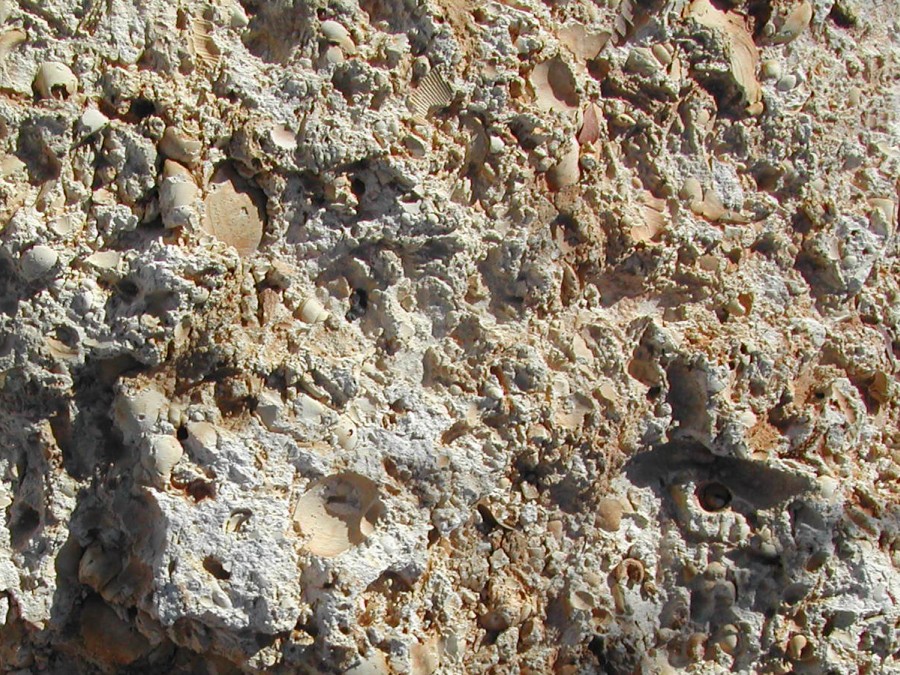 What are limestone, shell and dolomite?

Limestone, shell and dolomite are types of marine deposits that have accumulated in Florida over millions of years during times when the state was covered over with seawater or shallow marshes. During this time, limestones formed by chemical deposition and the accumulation of shells from sea creatures. Many invertebrate animals (animals without backbones) take calcite from sea water to construct their shells. When they die, the shells fall to the sea bed. Over the millennia, their remains slowly built up layers of sediment thousands of feet thick. These sediments are the limestone, shell and dolomite formations that are mined today. The mineral formations range in age from the Middle Eocene (42 million years ago) to the Pleistocene (0.5 million years ago). These formations may also be exposed in caves, stream valleys, sinks and in the coastal lowlands.

Limestone is a sedimentary rock that is composed primarily of calcite (calcium carbonate, CaCO3) and dolomite (calcium magnesium carbonate, CaMg(CO3)2). It can vary in purity, consistency and hardness. The limestone can be a soft chalky material with microfossils, a hard recrystallized mass, a grainy sand-lime mass, or a mass of fossil corals, urchins and shells.

In some areas a chemical process converted the limestone to dolomite, which is characterized by a greater proportion of magnesium in the mineral composition.

Many of Florida's unique habitats are the result of the effects of weathering on the underlying limestone. Rain water becomes mildly acidic when it mixes with decaying surface vegetation. Where the overlaying clay layers are thin or absent, the acidic water dissolves the limestone. Caves, sinks, springs, depressions and stream beds are the result of this process.

The type and quality of the mined resources determines how it may be used. Generally, these materials are used as general fill, crushed stone, aggregate for concrete and roadway asphalt, rip rap (large stones used to control erosion), lime, Portland cement, plaster, fertilizer (aglime), and as an acid neutralizer for power plant smoke emissions.

Where are limestone, shell and dolomite mined in Florida?

Limestone mining began in Florida during the First Spanish Period. In 1672, construction began on the Castillo de San Marcos in St. Augustine. Locally mined coquina was used. This is the oldest masonry fort in the continental United States. In 1753, construction began on a limestone fort in St. Marks to replace older wooden structures.

The limestone, shell and dolomite formations are generally covered by layers of sand and clay. Commercial mining of these formations is possible where the covering is thin. This includes most areas between the Choctawhatchee River and the Florida Keys.

How are limestone, shell and dolomite mined in Florida?

The soft rock and shell may be mined using excavators and draglines. The hard rock may have to be broken with explosives prior to excavation. The excavated material is usually crushed and sorted prior to shipment to customers. 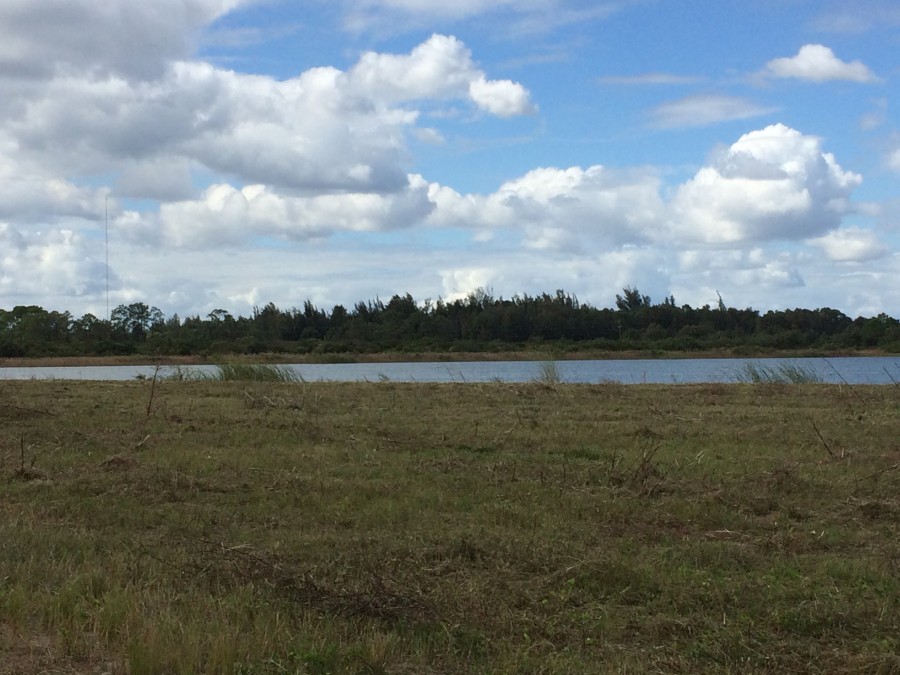 What are the reclamation standards for limestone, shell and dolomite mines?

Mine operators are required to provide a conceptual reclamation plan to the department. This plan shows existing conditions, where mining will occur, and the post reclamation topography and groundcover.

Reclamation means the reasonable rehabilitation of land where resource extraction has occurred (Chapter 378.403, F.S.). Areas subject to the reclamation requirements must be reclaimed after mining is complete. Debris, litter, junk, worn-out or unusable equipment or materials must be disposed of. The land must be contoured and stabilized to control erosion. Bare areas must be revegetated. Operators of limestone mines may reclaim areas as sheer walls. A sheer wall means any near vertical surface of consolidated limestone that is above the water table and 10 feet or more in height. The sheer wall must be constructed to meet the requirements of the reclamation rules. Reclamation standards for limestone, shell and dolomite mines are detailed in Part III of Chapter 378, F.S., and Chapter 62C-36, F. A.C. The forms used for the reclamation program and filing instructions may be obtained online.

What permits are required for limestone, shell and dolomite mines?

There is no comprehensive permit that covers all aspects of large projects, including mines. An applicant may have to consider the requirements of several regulatory agencies. Each agency may regulate only the specific activities based on authority granted by Congress, the Legislature or county commission. To start construction, the applicant must have all necessary federal, state and local approvals.

The Mining and Mitigation Program reviews applications for Environmental Resource Permits (ERP) and State 404 Permits. Activities that typically require an ERP include dredging and filling located in, on or over wetlands or other surface waters, as well as the construction of structures. The permit governs the construction, alteration, operation, maintenance, repair, abandonment, and removal of stormwater management systems, including dams, impoundments, reservoirs and appurtenant works. The rules used to implement the ERP are authorized under Chapter 373, F.S. Chapter 62-330, F.A.C., the Applicant's Handbook, Volume I, and Applicant's Handbook, Volume II, outline the standards and criteria for ERPs. ERPs are also subject to Chapter 403, F.S., which governs activities that may pollute ground or surface waters, including wetlands. The forms used for the ERP program and filing instructions may be obtained online.  The state of Florida utilizes a joint application for the ERP and State 404 permitting programs.  For more information regarding the 404 permitting program, please see the State 404 Program page, Chapter 62-331, F.A.C., and the 404 Applicant's Handbook. 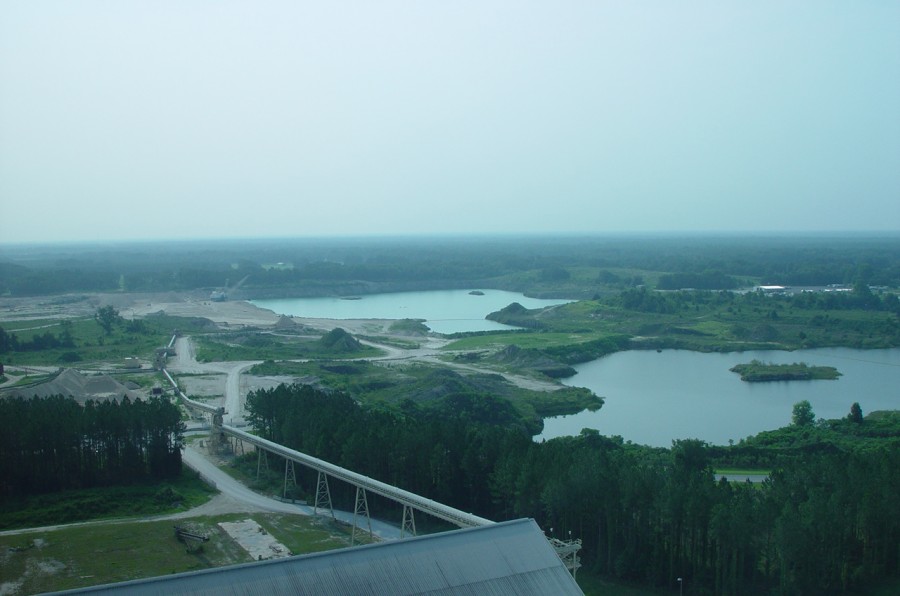 How does the department monitor activities at limestone, shell and dolomite mines?

How can you obtain public records?

You can obtain a list of applications for permits and conceptual reclamation plans that are currently under review with the department. This will provide the application number that can be used when requesting public records.

The Department of Environmental Protection maintains public records in an electronic document management system. You can obtain public records relating to applications, plans, reports and inspections through either of these websites:

You may also request public records by contacting the Mining and Mitigation Program. The contact information is below.

The Miami-Dade Lake Belt Area encompasses 77.5 square miles of environmentally sensitive land. It is located at the western edge of the Miami-Dade County urban area. The wetlands and lakes of the Lake Belt offer the potential to buffer the Everglades from potentially adverse impacts of urban development. The mined rock supplies one-half of the limestone used in Florida each year. In 1992, the Florida Legislature recognized the importance of the limestone resources of the Lake Belt. It also recognized the need to sensitively plan for protection of the public drinking water supply (Section 373.4149, F.S.). The Legislature created the Miami-Dade County Lake Belt Plan Implementation Committee and directed it to develop a plan that protects the environment and water supply for Miami-Dade County and the Everglades, while promoting the social and economic welfare of the community and maximizing the efficient recovery of limestone.

Mitigation for wetland impacts associated with mining has resulted in thousands of acres of wetland preservation, creation and enhancement in Miami-Dade and Hendry counties. 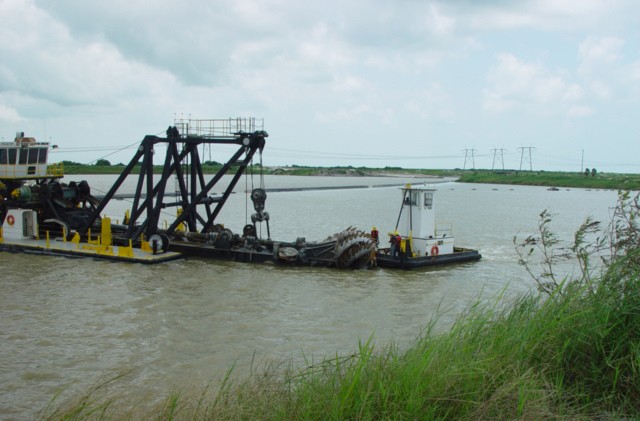 Where a rock formation is hard, explosives may be used to break up the rock into sizes that may be mined. The State Fire Marshal has the sole and exclusive authority to promulgate standards, limits and regulations regarding the use of explosives in conjunction with construction materials mining (Section 552.30(1), F.S.). This authority includes the operation, handling, licensure or permitting of explosives. The rules set standards for ground vibration, frequency, intensity, blast pattern, air blast and time, date, occurrence, and notice restrictions.