In 1999, the U.S. Environmental Protection Agency (EPA) announced a major effort to improve air quality in national parks and wilderness areas. The Regional Haze Rule calls for state and federal agencies to work together to improve visibility in 156 national parks and wilderness areas such as Everglades, Grand Canyon, Yosemite, the Great Smoky Mountains and Shenandoah.

See below to learn about the work DEP is doing for the current implementation period and other background information.

The department's proposed regional haze SIP revision represents commitments and enforceable actions taken by the department to address the requirements of the Regional Haze Rule during the second implementation period from 2019 to 2028, toward the goal of attaining natural visibility conditions in Florida’s designated federal Class I areas and those federal Class I areas in other states that may be affected by emissions from Florida. Pursuant to 40 CFR 51.308(f), Florida’s regional haze plan includes the following elements:

A full table of appendices is available in the “Final Florida Regional Haze Plan for the Second Implementation Period” document.

*These VISTAS-wide appendices are available on the department’s FTP site, which can be accessed using Windows File Explorer. Please contact Preston McLane if there are any issues accessing the appendices.

A link to the "Florida Regional Haze SIP Submittal for the Second Implementation Period (2019 - 2028)" is also included on the Air Regulatory Projects page.

There were 46 BART-eligible sources in Florida.

Reasonable progress determinations evaluated only SO2 and were required to consider the four statutory factors in CAA section 169(A)(g)(1):

On March 19, 2010, Florida submitted the initial regional haze SIP that relied on these rules to represent commitment to achieve any required reductions by 2018, the end of the first implementation period.

Due to the remand of CAIR, Florida amended the SIP again on Sept. 17, 2012, to replace reliance on CAIR and Boiler MACT with case-by-case BART and reasonable progress determinations for all affected sources. Florida amended the SIP one last time on March 10, 2015, to include an additional BART limit for one source. The BART and reasonable progress determinations in the final regional haze SIP are summarized below.

Of the 32 reasonable progress units:

On Oct. 23, 2015, EPA approved Florida’s March 10, 2015, revision to the regional haze SIP which included the additional BART limit for one source.

EPA’s regional haze program addresses requirements under the Clean Air Act (CAA) for the protection of visibility in national parks and wilderness areas designated as mandatory Class I federal areas.

The following Class I areas in or near Florida are subject to the Regional Haze Rule: 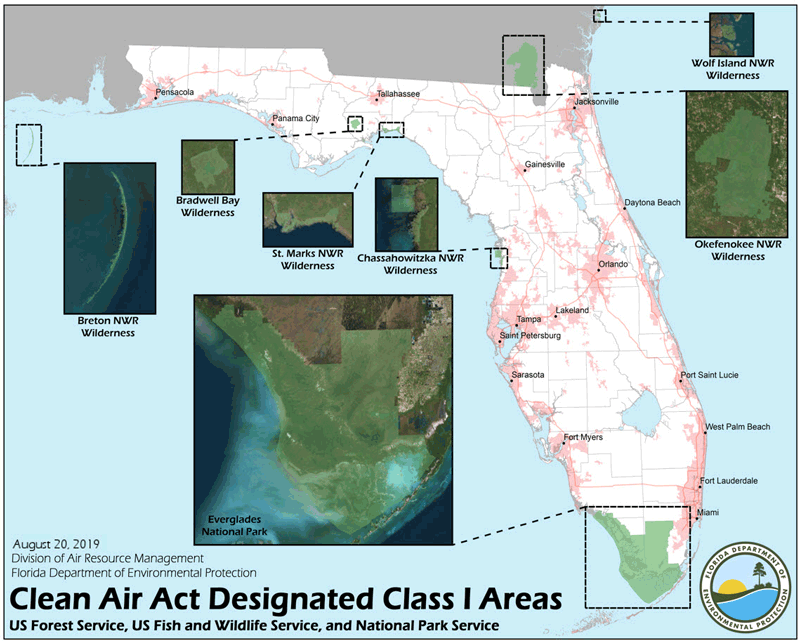 Visibility in Class I areas can be affected by regional haze caused by the cumulative effects of numerous sources located over a wide geographic area. 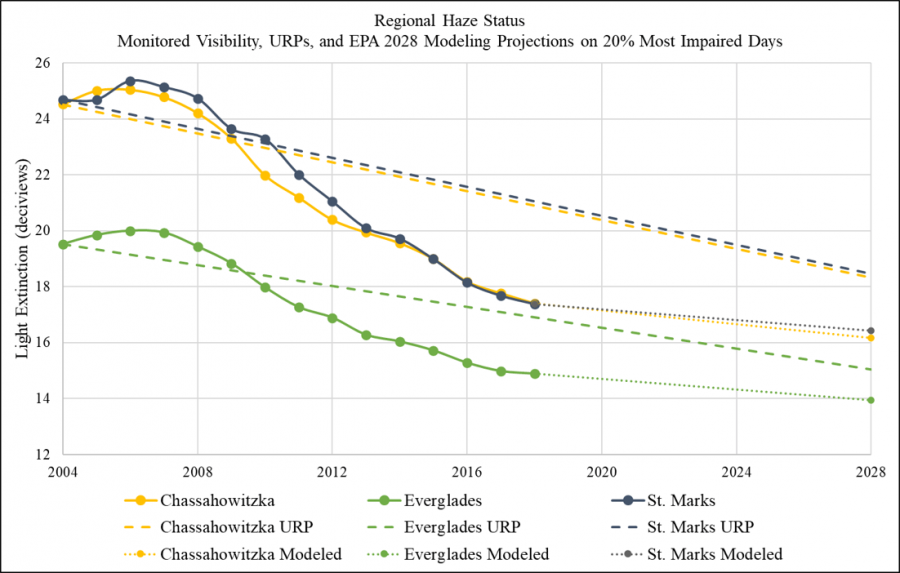 EPA’s Regional Haze Rule initially promulgated July 1, 1999, requires states to submit a series of SIPs to ensure reasonable progress toward natural visibility conditions in Class I areas. As part of the SIP development process, states must evaluate and determine whether any cost-effective emission reduction measures and strategies are available to ensure reasonable progress in the current implementation period. 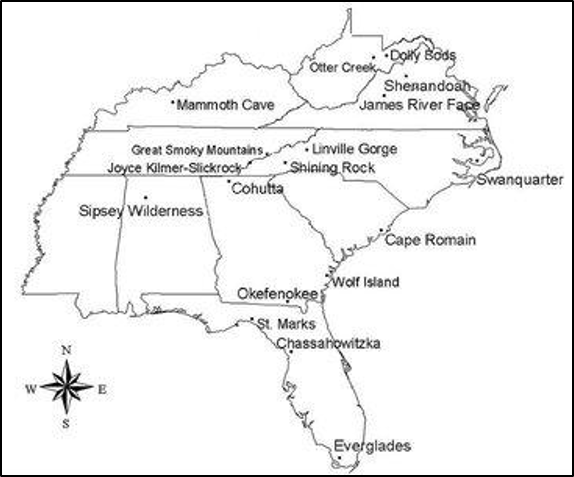